To know a bit more about the fabulous Lurex fabric we use on our collections.

Lurex® is a worldwide registered trademark for metallic yarns, invented and introduced on the market since the forties by the Dow Badische Company.

Synonym of quality, the yarn is made from synthetic film, onto which a metallic aluminium, silver, or gold layer has been vaporised. 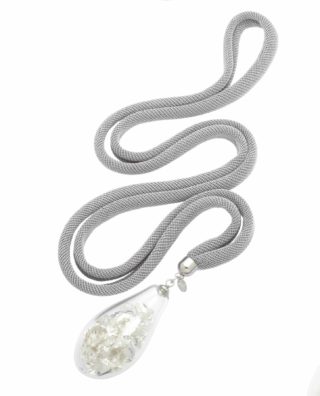 The “Disco” period, initiated with many disco bands from the USA, like Earth Wind and Fire for example, had also an impact of the popularization of fabrics made with Lurex® yarns on the music scene. A young pop star even started his career with the name of Larry Lurex before becoming the famous Queen singer, Freddie Mercury.

The success of Lurex® continued throughout the seventies and eighties: it was used for formal and casual  clothing, even though preferred mostly for ceremonial and evening wear.

Today, the top producers of knitwear and textiles world-wide exploit the versatile possibilities which Lurex continues to offer (Calvin Klein, Ralph Lauren, Donna Karan and Karl Lagerfeld). The glitter of gold and silver threads, even though in other forms, continues to be appreciated, sought-after in fashion, season after season, almost as if the story should never finish.

This website uses cookies to improve your experience while you navigate through the website. Out of these, the cookies that are categorized as necessary are stored on your browser as they are essential for the working of basic functionalities of the website. We also use third-party cookies that help us analyze and understand how you use this website. These cookies will be stored in your browser only with your consent. You also have the option to opt-out of these cookies. But opting out of some of these cookies may affect your browsing experience.
Necessary Always Enabled
Necessary cookies are absolutely essential for the website to function properly. This category only includes cookies that ensures basic functionalities and security features of the website. These cookies do not store any personal information.
Non-necessary
Any cookies that may not be particularly necessary for the website to function and is used specifically to collect user personal data via analytics, ads, other embedded contents are termed as non-necessary cookies. It is mandatory to procure user consent prior to running these cookies on your website.
SAVE & ACCEPT
Select your currency
EUR Euro
USD United States (US) dollar